Afro-American father struggling with race relations in the United States, while trying to raise his family in 1950 and came to terms with the events of his life.

Two missionaries of the 17th century (Andrew Garfield, Adam manager) faces the ultimate test of faith when you travel to Japan to findmissing mentor (Liam Neeson).

In the seventeenth century, two Jesuit priests face violence and persecution when they travel to Japan for their mentorda detect and propagate Christianity. A tale of two Christian missionaries(Andrew Garfield and Adam Manager) who face the ultimate test of faithin the face when traveling to Japan in search of his missing mentor (Liam Neeson) – at a time when Christianity was banned and prohibited their presence. 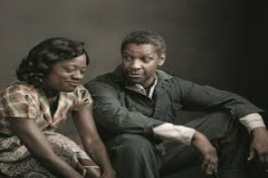